The design bugs that are eating the world 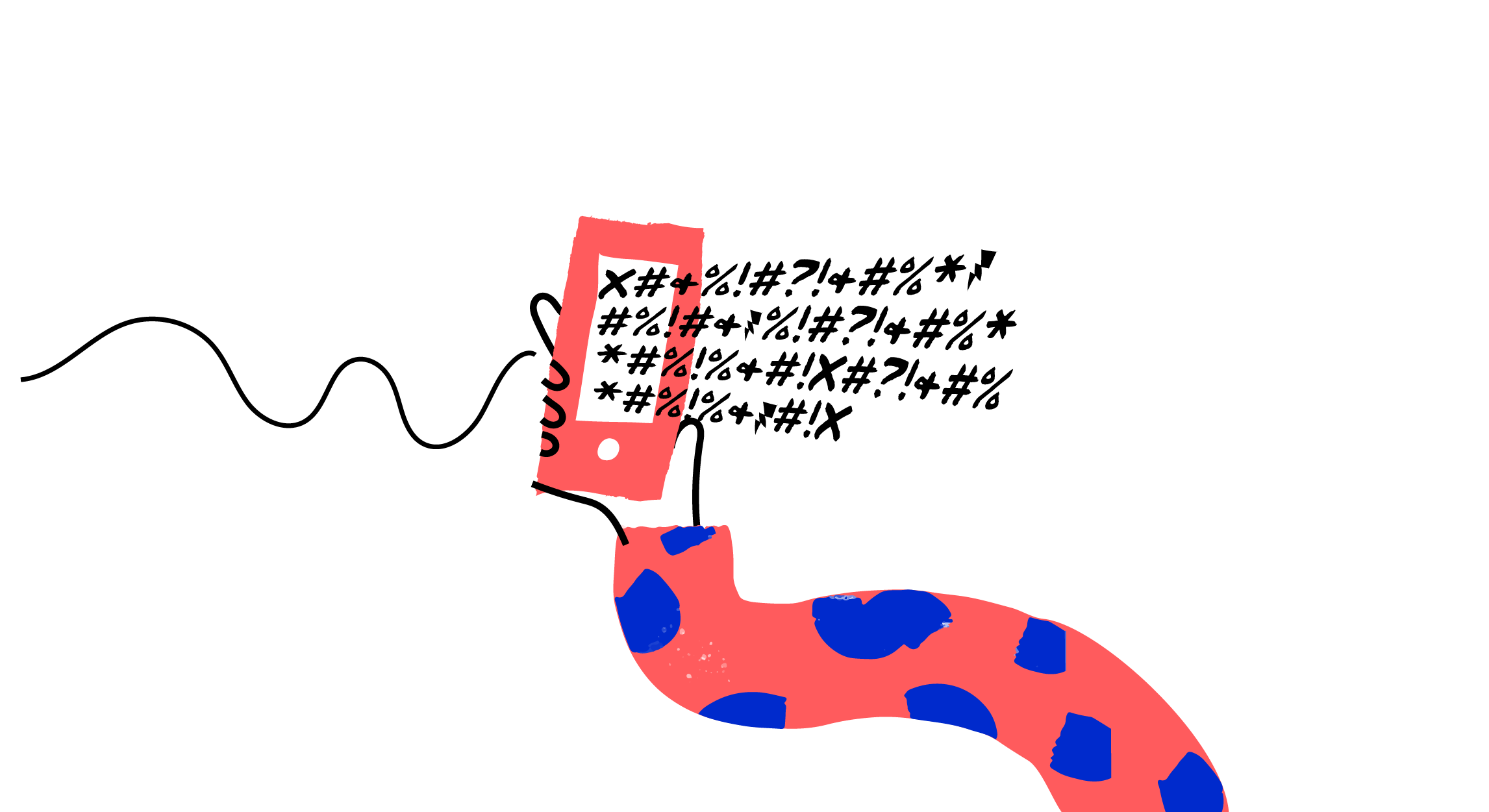 Technological disruption has created a fertile ground for bigotry, fake news and science deniers. What can designers do about it?

The unexpected effects of your design

One clean-cut definition of design is a plan to a definite, desired outcome. The designer’s role usually ends there — and the designed solution finds a life of its own.

Users will make all sorts of different uses of your design outcome. Experience tells us that this process is radically unpredictable.

A simple example: back in 1997, “weblogs” made personal journals popular. After 20 years, they have changed journalism, and WordPress sites alone has over 400 million monthly readers.

There is a heated debate whether the ease of access to information we have today — every search in Google takes less than a second to give us answers, plus the huge amount of distractions the web brings us — has shortened our attention span and is even rewiring parts of our brain, as Nicholas Carr describes in his praised book The Shallows and his original article, back in 2008 in The Atlantic, Is Google Making Us Stupid?.

Perhaps Google has designed a new way to access information, and may have affected the way we interpret information. There’s a clear and significant — yet unexpected — outcome.

Similarly, technology has enabled a radical transformation on public debate. Twitter has become the loudspeaker of most modern governments. Everyone is able to join the conversation, in real time. And more: you can show your support to opinions and voices by liking, sharing or commenting.

Now, put all these unforeseen consequences together: what happens when everyone can discuss a topic, simultaneously, but nearly nobody will take the time to dig deep into the discussion?

If anyone can own a blog (and call it “the news”) how can you tell what is fake from what is real? Nearly 60% of people in Hungary, Poland and Italy believe that social media companies will take care of cleaning up fake news. This goes lower in Sweden (34%) and way higher in Russia (84%). The fact, however, is that Mark Zuckerberg explicitly said that Facebook will not fact-check political ads — campaigns which, at times, spread false information.

Welcome to the world of today, its incredible design products and their massive design bugs.

The exploits that are eating the world

A new design may create one solution, and unpredictable outcomes. Some of these outcomes allow users to create, produce and live better in ways that the original designer did not think of. One could say these are consequences of good, open-ended design. The unexpected relevance that blogs or YouTube gained are two evident examples.

Some unforeseeable outcomes, on the other hand, allow harmful behaviors to flourish. One could say they are caused by design bugs.

Let’s get back to the idea of the public debate. Anyone can call a blog “news”. Nobody will pay attention to the details. Complexity starts to be erased from everyday debate. Agreement becomes difficult. Facts become boring, and trolling becomes a spectacle. Opinions get polarized. Whoever has more likes and shares, wins. Sounds familiar?

I am sure it does, no matter where in the world you are. The trouble goes a bit deeper, though. And that’s because all these phenomena are quickly assimilated as a “new normal”.

This so-called normal affects the core of our belief systems, like the validity of science, the credibility of journalism, or the type of information we deem as “truth”. That is serious business, because it means our most basic pillars are disturbed — and suddenly we have anti-vaxxers, bullies, climate deniers and flat earthers making the truth and facts a matter of opinion. They’re not.

Who’s fault is it?

Is this all happening because of design bugs? I wouldn’t say they are the cause of the phenomena. There are a lot of angry people out there. They have just found a way to exploit the bugs to convey their anger — and, at times, use those as means to their own ends.

As designers, we have affected huge technological transformation in the world. Businesses, information, entertainment, health, science, transportation, relationships, democracy. These multiple disruptions have made a lot of people angry. Take, for instance, these two very physiological needs: food and sex.

A worldwide study from January, 2020, has shown that food delivery platforms (UberEats and the likes) are going to grow 7.5% annually, until 2024. By 2024, platforms will make more money out of deliveries than restaurants. At the moment, the relationship with restaurants is far worse than “it’s complicated”: since 2018, restaurants in New York have signaled that some of these apps are taking over 40% of their revenue per order. Margins had shrunk over a third. In the long run, we may expect some form of balance between the two business models. Restaurant owners are angry.

Tinder has made dating so efficient that the result is mind-boggling: in the “economy” of Tinder, the bottom 80% of men are competing for the bottom 22% of women. On the other hand, the top 78% of women are competing for the top 20% of men. The “dating” distribution is more unequal than the wealth distribution in Venezuela. Some men are pretty angry.

While markets and competition tend to self-regulate, relationships are not governed by the same invisible hand. The Tinder economy may demand a natural balance, with particular consequences.

Along with food and relationships, there’s more change. Furious cars and fast fashion are not sexy anymore. Ethnic slurs are not acceptable. Workplace harassment is no longer “part of the culture”. Homophobia is not OK. Carbon footprint is a thing. So, where does all the anger and resentment go?

They often find their way to these and many other design bugs, features and system loopholes that can be exploited. While no one can prevent innovation from creating loopholes, it is important to see who’s actually willing to fix them.

What can designers do?

Here are a few starting points. But there are many ways to go:

Design for debate, not disagreement

We need interfaces that favour debate, not hooliganism. This subtle difference is affected strongly by interface design principles. Quora and Reddit, for example, allow users to upvote constructive messages. Facebook, on the other hand, highlights in-thread posts that are sparking controversy. A trivial example: Facebook’s “haha” reaction is often used by hoards to disqualify serious arguments. Although fun in friendly conversations, the fact is that Facebook is not designed to generate agreement and understanding.

Mitigating dark patterns is an ongoing conversation. What are, actually, predatory patterns when it comes to ecommerce? As a designer, do your best to draw a line between overselling and offering meaningful, relevant products or services to your audience. You may find ideas and principles here, Smashing Magazine’s Ethical Design Handbook, for example.

One could say that unsustainable consumption is a classic example of a system with an unexpected outcome (who would know that at times, we have the chance to influence new business ideas. Raising awareness to fresh ideas on circularity and sustainable consumption should be up in the agenda of every service and business designer. Promote forums where you and your community are able to invent new ways of doing business in a planet-centric way (among other ideas, at Idean we have Circular Economy labs, Kids Academy, for example).

Opt-in for the inclusive web

User Experience and User Interface designers have valuable resources to design inclusive interfaces. While some will do it only under the pressure of governmental laws, some are taking steps to create inclusive assets voluntarily. At Idean, we even have our own game, Cards for Humanity!

Minimalism can be used to lower stimulation in UIs, and we definitely need less stimulation and more peace, while browsing the web. Conceptually, minimalism can also be a lifestyle that invites consumers to engage with better, long-lasting products over fast and impulsive buying. Although the meaning differs from place to place (there are different instances of it in America, Finland’s “designed life” or Japan’s Danshari), find your own version of it and see how it can foster good practices in business and experiences.

Designers often have a chance to suggest what the end users will see concerning services and products. You may suggest the inclusion of a certified value chain, the face of the factory workers, the photos of farms where the goods came from. The mere act of suggesting will tell decision-makers that these are things they must consider.

We need to support initiatives that promote a new literacy for our contemporary media landscape, promoted at scale, so that people can discern what is fact and what is fake. That is especially important in vulnerable communities, poverty-stricken areas, young citizens and the elderly. A recent study has shown that, in Mexico, 90% of WhatsApp users receive fake news — and nearly 25% of them don’t know how to identify fake news. Designers can reinforce positive patterns that add credibility to interfaces, content or ads. By including proper referencing, real names, verified facts and making meaningful data visible, we start to reinforce the circulation of credible information on the web. The western society needs to learn how to read the news again, and properly identify bias and false information. As a citizen, you can start by helping your grandma to recognize spam. 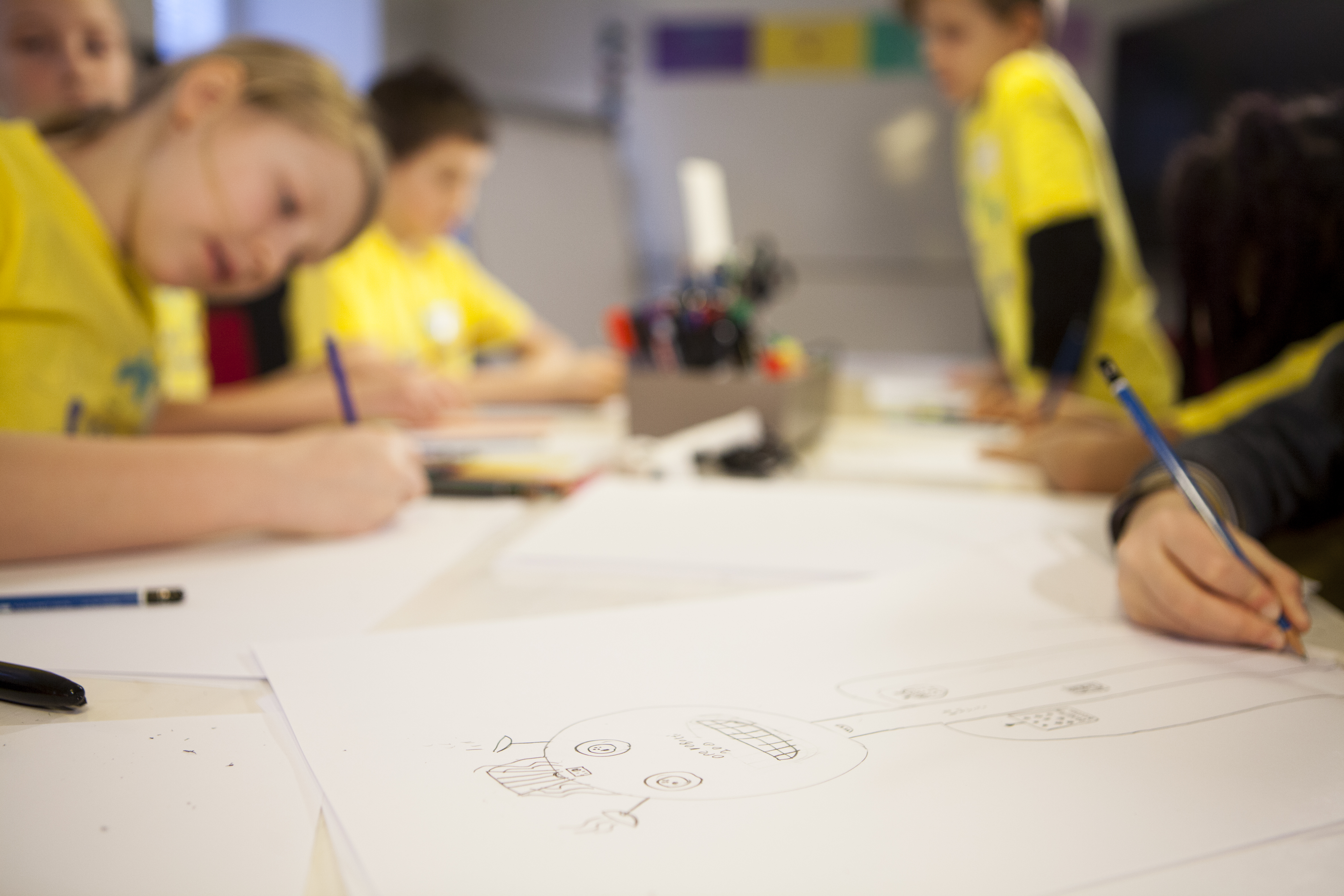 Designers change the world, pixel by pixel, and business by business. It’s an incredibly impactful collective power. We have the privilege to actually affect what companies will do and what end users will see, think, do — and feel. The empowered consumer and the conscious internet user are perhaps the best gatekeepers of a healthy society.

As designers, we have the opportunity to question motives, find empathy, and find solutions. But if we don’t pay attention to the underlying problem, we will be part of the exploit.

I will leave the rest to my peers.

Sérgio Tavares is a Senior Service Designer at Idean Finland. He holds a PhD in Culture and Technology, and is the author of Paramedia: thresholds of the social text.